In 1945, a group of pastors and lay leaders of the Lutheran Church-Missouri Synod met to establish a Home in Williamsburg. With the endorsement of the two Iowa Districts of the church, The Lutheran Home for the Aged Association received its charter as a non-profit organization. A site was located in 1946, and while thirteen of the 50 acres was a gift to the Association, construction costs and other factors made the project unfeasible. In 1951, a hospital building in Vinton became available. 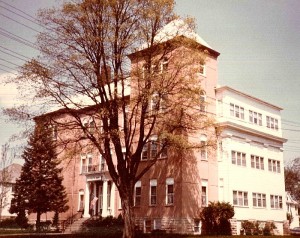 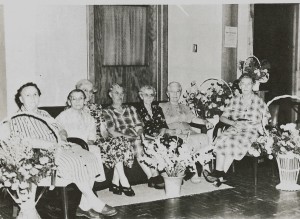 The first resident arrived at the Vinton Lutheran Home in 1952. The Home had occupancy of forty residents. The residents on the first floor were active, receiving minor help with tasks such as dressing or bathing. Also, if able, the residents assisted in gardening, food service, light housekeeping and laundry, which helped keep the expenses down. These arrangements were typical in other facilities of the era as well. The residents on the second floor needed close supervision and continuous nursing care.

As early as 1954, Davenport was suggested as a second site. It wasn’t until 1968 that eleven acres of land were purchased on the northwest side of Davenport. The design for the new construction was for a 152 bed nursing home. The first phase to be built was 80 beds. The Davenport Lutheran Home opened its doors in 1971 in this new building.

In Vinton in 1974, due to the need to meet state requirements in the current building, the board elected to build a new home across the street. This property was previously used for a resident park. In 1977, the old facility as closed and a new home opened providing housing for sixty-one residents.

With the diagnosis and research of Alzheimer’s Disease and the growing number of seniors afflicted with the illness and other similar dementia’s, the Lutheran Home identified and met these needs. In 1986 in Vinton, an existing wing was remodeled and construction of a lounge and dining room were added to provide service to thirteen residents. In 1989, the Davenport Lutheran Home added a twenty-six bed Special Care unit. Several rooms were converted to private rooms instead of double occupancy rooms, making the total available occupancy 98 beds.

In 1993, a decision was made by the Board of Directors to add a Chapel in both Vinton & Davenport as a symbol of our Mission of Christian Service. 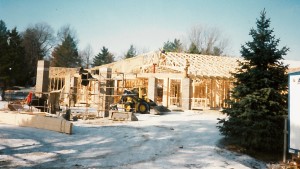 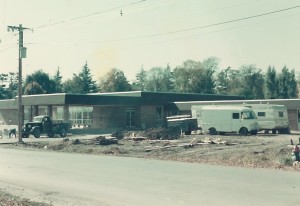 Due to an increasing demand and limited services available to seniors in an apartment setting, the concept of Assisted Living was developed. In April 1994, ten assisted living apartments were opened as part of the Vinton Lutheran Home. The construction of a seventeen assisted living apartment complex was completed in Davenport and the first “tenants” moved in March of 1996. The apartments were developed to provide living accommodations to individuals who were finding the daily responsibilities and tasks of life more complex and burdensome.

To complete the continuum of care, duplex town homes were constructed in 1994 in Vinton and in 1995 in Davenport . The town homes were designed to provide an independent lifestyle with privacy and self-reliance.

In 2002, an additional eight assisted living apartments were added to the Vinton Lutheran Assisted Living, making a total of eighteen apartments.

In 2005, both of our Vinton and Davenport facilities became Medicare certified, enhancing and expanding services once again. The facilities were already Medicaid certified for those individuals who needed the government to provide financial assistance for their care. The Medicare certification allows individuals to come to the nursing facility, receive therapy or nursing services on a short-term basis and return to their own home or apartment utilizing their Medicare benefits.

To extend our continuum of care, in November 2009, our Vinton Lutheran Home Health Agency was implemented. Our Home Health Agency’s overall goal is to help individuals regain or retain their ability to live safely in their own home. Services range from telephone checks and homemaking services to Skilled (Medicare) services in the home. 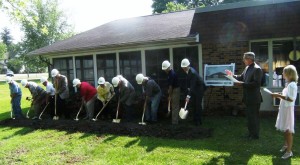 In 2011, our nursing facilities in Vinton and Davenport underwent a “face-lift” with amazing cosmetic changes. The face-lift included fresh paint, new flooring throughout, renovated dining rooms, renovated kitchen (Vinton only), and larger therapy rooms. Along with the facility renovations, a new Memory Care Unit (Alzheimer’s and other related dementia’s) was constructed in Vinton, featuring eight private suites. A new dining room and a lounge area were included in the addition. The new Memory Care Unit can provide specialized care to nineteen residents who have memory loss.

The Lutheran Home for the Aged Association – East is a non-profit organization with affiliate status with the Lutheran Church – Missouri Synod.

Learn more about the Vinton & Davenport Lutheran homes on Facebook!